We are excited to be apart of the Promo Blitz gearing up for the December 12th release of "Storm Warning" book #1 in the Broken Heartland Series by E. Lee & C. Quinn. This is a mature YA series sure to set your hearts a flutter. Check out all the book & author info, links, exclusive teaser and early review below then enter the rafflecopter for your chance to win one of the following prizes: $200 Amazon Gift Card, A Kindle Paperwhite, $25 Amazon Gift Card, $20 Amazon Gift Card, E. Lee Prize Package including a Signed Book and Storm Warning Swag, C. Quinn Prize Package included a Signed Book and Storm Warning Swag, GTBC Prize Pack including Book Bag & Assorted Book Swag, or one of six (6) eBook copies of Storm Warning to be sent on release day. Good Luck & Happy Reading! 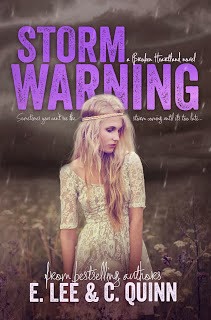 Sometimes you can’t see the storm coming until it’s too late...

Severe Storm Warning Tip #2:
If you see approaching storms or any of the danger signs, be prepared to take shelter immediately.

Severe Storm Warning Tip #3:
They may strike quickly, with little or no warning.

Situated just outside of Oklahoma City, Calumet County is divided into two drastically different communities: Hope’s Grove and Summit Bluffs. One is the small backward town where dirt roads lead the way to field parties and railroad tracks. And the other, a sprawling suburb where paved drives lead to the landscaped lawns of the wealthy and over privileged.

For five teenagers smack in the middle of Tornado Alley, summer is heating up fast. The winds of change are blurring the invisible line that divides the rich and the rural.

One has a secret.
One has a crush.
One has been lying.
One will get caught.
And one might not make it out alive.

They’re from two different worlds…but one summer is about to change everything.

When you live in tornado alley, there’s always the risk of getting caught in a storm… add summer love and heartbreak to that and you get one explosive story. These two authors melded their writing styles together perfectly to create a story that kept me on the edge of my seat. It’s witty, it’s angsty, it’s tragic, and it’s addicting. I’m so excited to read more of this series. I’m expecting it to be a long time favorite.

I have something new to obsess over!! Like I need that… *sigh*. You know those girls that were so depressed when the TV series One Tree Hill OR Dawson’s Creek OR Gilmore Girls OR Everwood ended? Well, that was me. I love TV series with coming of age characters that just don’t know what they want from one day to the next. There’s falling in love, there’s heartbreak, there’s fights, there’s best friends, there’s tragedy, there’s those crazy, crazy characters that just need to stop messing everything up ALL THE TIME… and I love all of that!! And Storm Warning has ALL off that!!! It’s written so much like a TV series. I could see it all playing out in my head.

There are 5 main characters and 5 POV’s. At first I was thinking… Whoa. How’s that going to work? I thought it might be a little crowded, confusing, or disconnected, but it was none of that. The character’s lives intertwine, so even when you’re in one character’s head, the other characters are still present. It just works so well. There are two authors, but if no one had told me that I would have never known. The writing is smooth. Nothing about it is disjointed. The characters are full of personality. Luckily, all the books are going to be released approximately 3 months apart, so there’s no crazy wait to finish the series. You won’t have to re-read, because the releases are that close together. I think that rocks.

Go to readbrokenheartland.com to read more about all of the characters. Basically, the story follows 5 teenagers living in Oklahoma. Kyle and EJ are brother and sister. They own a landscaping company and live on a farm. Coop is Kyle’s best friend and EJ’s childhood crush. Cami and Hayden are from the other side of the tracks. They have money and have been raised completely different from the other three characters. In the book, for one summer, their lives collide. I’ve been asked whose team I’m on… For now, I have to say Hayden, but it’s hard. I LOVE all of the characters. I never expected to love them all. I expected to go into it and love Coop, which I did. A lot. I’m pretty sure he may turn into my long term favorite, but Hayden was just perfect in this story. He won me over and that was unexpected. I loved his attitude.

I want EJ to be my best friend. I’m dying for more. With that ending, you are going to want more and FAST.

"He’d spent the rest of the evening thinking about kissing her. Judging from the way she watched his mouth as he told her goodnight, he was willing to bet she’d done the same." 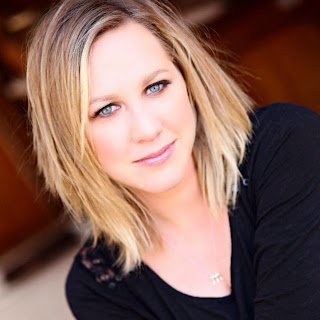 Born and raised in the middle of a Midwestern cornfield (not literally, that would be weird), I’ve spent my entire life imagining stories. Stories where the right guy always gets the right girl, first kisses are as magical as they are on the big screen and anything is completely possible if you believe.

Although this journey began years ago, it recently took on a whole new life. After years of devouring hundreds of Romance, YA and New Adult novels, I had an epiphany... I should write a book. And I did it!

If I’m not reading, writing, enjoying drinks with my amazing group of girlfriends or chasing around a sarcastically funny kid, I’m probably watching television shows that were created for teenagers, while my husband teases that I’m too old to watch them.
Links: 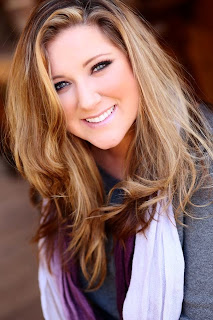 Wearer of cowgirl boots, writer and avid reader of New Adult romance, lover of wine, addicted to chai tea lattes. Brand spanking new author of soon to be released books including Girl with Guitar and Keep Me Still (which may or may not include spanking).

Gemini, wife, mom, and former high school English teacher living in Birmingham, Alabama. I spend my days chasing a three year old and hiding away with my Macbook. I spend my nights writing because sleep is overrated.

I love hearing from readers and other writers, and those freaky hybrids like myself! 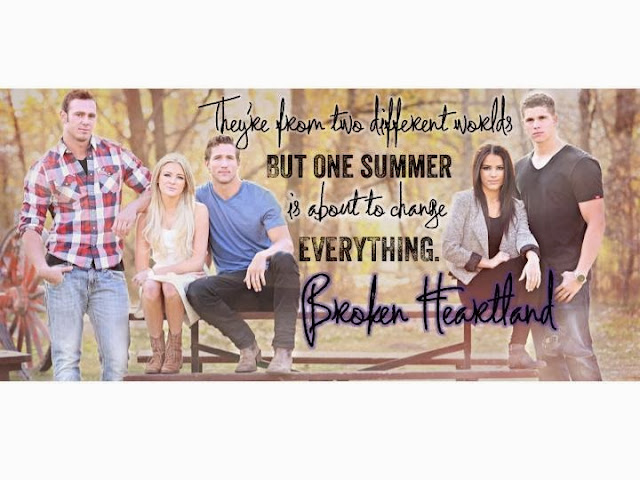