Review: The Edge of Darkness by Melissa Andrea 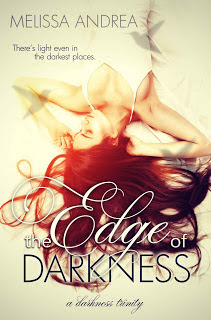 After a tragic accident, Araya Noelle is left with a constant reminder that nothing is forever.

She is forced to give up her chance to be the youngest dancer accepted into Julliard & taking over their high society school by a graceful storm of determination is no longer an option. Instead of dwelling over her loss, she accepts the new future she’s been dealt. In a world as black as hers, there's no room for bitterness, no time for regret. Sheltered from the outside world, Araya has become suffocated by a life she has no control over. Until Ryland Dare comes crashing into her life.

Like a firecracker, showering her with colorful sparks of freedom, Ryland quickly sweeps Araya away from her grey existence. For the first time since the accident, living in darkness is no longer something Araya wants to do willingly. Unleashed by the shadows of her reminder, being with Ryland, Araya touches light. Together they will learn what it’s like to feel alive for the first time.

At the edge of darkness, a ray of light, will dare them both to HOPE.

As far as originality goes, A+. Storyline, A+. Writing style, eh, I struggled a bit. I’m not saying it was written wrong. I’m just saying I struggled with the style. I prefer writing that flows very much in sync with how people think. There was just something about it that gave me a hard time. That said…I still loved it, because the storyline was THAT good.

I can’t delve too much into the storyline, because I don’t want to give away what makes the story so different. Part of the fun is figuring that out as you read. I’ll tease you a little bit and tell you what I loved…

The minute I started this story it took my breath away. THAT. PROLOGUE. Oh my goodness, best prologue ever. Brilliant! It’s almost like reading in flashes. Suspenseful flashes are the best way I can explain it. Very cool.

The story itself is about two characters that come from very unhappy households. Ryland comes from a very wealthy family that is all about appearances and social status. They aren't nearly as picture perfect as their parents would like them to appear. From high expectations to parents that fight all the time, he and his siblings are miserable living at home (that's putting it gently). Ryland is just trying to help his little sister, Cara, make it through to graduation, so he can get her out of there and into college. He feels like he can't leave her behind.

Then there's Araya. She lost her mother and much of herself in an accident 4 years ago and is living with her bitter, hateful, nasty aunt. I. HATE. HER.

Ryland and Araya meet at the park, but are surprised to run into each other when Cara starts tutoring Araya. Cara tells Ryland that Araya is off limits to him. She doesn’t want Araya to get hurt by Ryland. 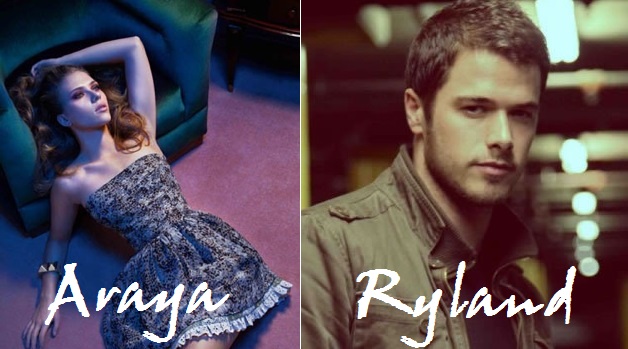 The circumstances surrounding Araya and Ryland's story makes their romance very intense and passionate. I truly fell in love with the two them. They are drawn to each other when everything else is pulling against them. There are some pretty big twists and turns towards the end. I was on the edge of my seat wondering how it was going to end. I was not expecting a cliffhanger. I wouldn’t call it a cliffhanger, but it’s definitely an ending that leaves issues unresolved. As much as I hated it, what happened is probably what needed to happen for Araya’s sake. I just wish I could get my hands on book 2 now!